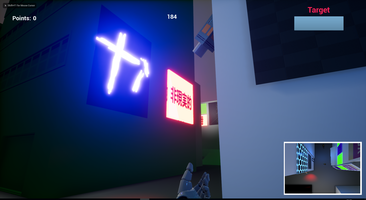 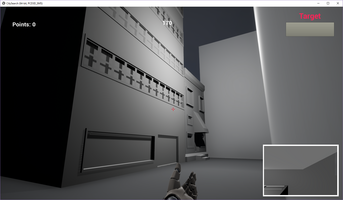 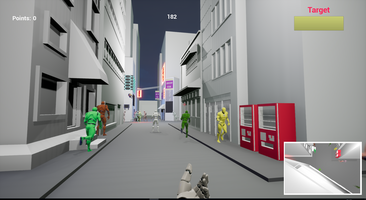 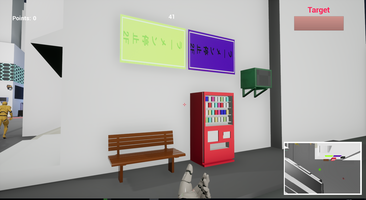 Welcome to the first development blog for Kanshi City. We got a lot done in the last week. The first thing I wanted was a very quick look into making glowing/emmissive materials in UE4 so I could replicate the ubiqitious neon sign look of cities like Tokyo and Hong Kong. It was surprisingly easy, I just had to simply multiply the material's base texture by whatever colour I wanted it to glow and pass that value into the material's emmissive colour. Once I got it working I stopped and moved onto other tasks, I just wanted to see how it could be done and will come back to improve on it and add more signs later. Here is a quick look at what I could achieve quickly: The next things I worked on was trying my hand at 3D modelling for the first time. I had dabbled around with Blender before but only for a short while. I followed a pretty decent beginners tutorial on YouTube and learned the "loop cut and slide" tool is almost all I need. I am working with an artist on this project that comes from a CAD background who is also new to working with Blender so we are both learning from scratch. We wanted to get in a couple prototype buildings quickly just so the game wasn't so bland and square, to make it look more interesting as the game itself develops. Here is a look at some things we worked on: I also wanted to put some props in to add some variety to the scene: Outside of artwork the main bit of development was working on waypoints
for the city patrols. These are AI characters which will patrol the
streets looking for the player. When I firsts implemented them they
would follow a shared pool of waypoints which where spheres I placed
around the city that are invisible during gameplay. I reprogrammed them
so each patrol has their own unique set of waypoints, but they can still
share points as well. They follow their lists of waypoints and if they
see the player they will chase them down until they catch the player or
lose sight, and will return to their patrol. I hope to reimplement them
again soon using behaviour trees as my Blueprint scripts aren't
incredibly efficient. I will certainly be reimplementing the city
citizens using behaviour trees as once I go to near 100 citizens the
performance takes a big hit. I want the city to feel quite populated and
busy so this is quite important. Have a look at the video below to see
the guard waypoints:

Thanks for checking our blog out. Check back again for more developments of Kanshi City!